The handwriting on the walls of Belshazzar’s Palace was interpreted by Daniel as “you have been weighed, you have been measured and you have been found wanting,” and that Belshazzar’s kingdom would be divided and given to the Medes and Persians (Dan. v. 1-28).” (Jewish Encyclopedia) Robert Indiana’s work at the Whitney Show effectively highlights the ominous words. 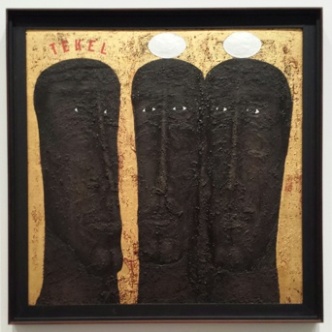 And the phrase has been used by other artists and writers, notably by Rembrandt in his “Belshazzar’s Feast” in London’s National Gallery complete with ancient Hebrew (Aramaic) words.

Indiana, whose every work, by his own claim, carried a message, meant something quite different from Rembrandt, and I have been thinking about it since I saw Indiana’s two paintings on this subject, one complete with nails.

Which brings me to a point about art–how hard should it hit you over the head with a message? Variously attributed to Sam Goldwyn and Frank Capra, the best quote is “If you want to send a message, try Western Union.” However, isn’t all art political in some sense? 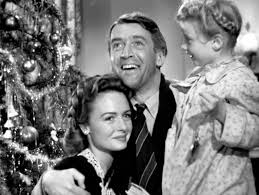 The most accurate answer to his question, I think, lies in J.R.R. Tolkien’s foreward to the second edition of Lord of the Rings where he responds to questions about whether Sauron is supposed to represent Hitler. He says “I cordially dislike allegory in all its manifestations, and always have done so since I grew old and wary enough to detect its presence. I much prefer history, true or feigned, with its varied applicability to the thought and experience of readers. I think that many confuse ‘applicability’ with ‘allegory’; but the one resides in the freedom of the reader, and the other in the purposed domination of the author.”

So the fact that Mene, Mene, Tekel, Upharsin, is used by so many artists to mean different things resides, in the words of Tolkien, in the viewer’s freedom to find the message. Or for me and my views on film, (and I know I tread on sacred ground here)  it is the difference between Capra’s Wonderful Life (not a bad film but somewhat sententious) and Preston Sturges’ Sullivan’s Travels. 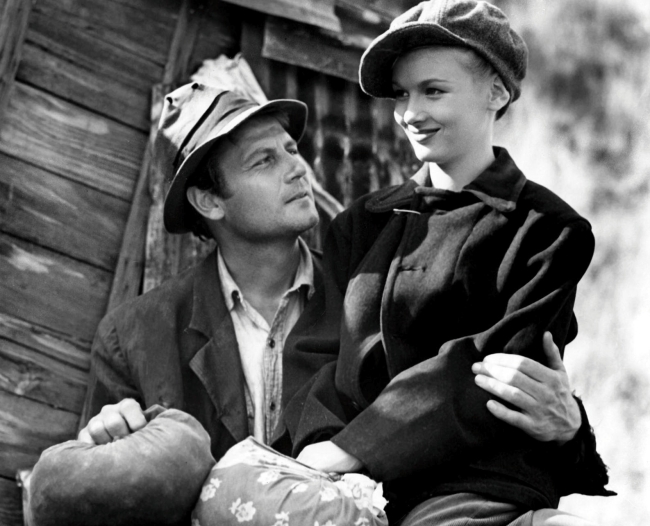 So, as we are the in the process of taking stock at the end of another imperfect year, we might ponder those words from ancient Babylon and their possible applicability–to us.