If you’re a fan of Monk, or even if you’re not, you won’t want to miss Shalhoub in his star turn at Lincoln Center’s Vivian Beaumont Theater. The Beaumont’s new play, written and directed by James Lapine, but based heavily on Moss Hart’s celebrated autobiography, Act One, 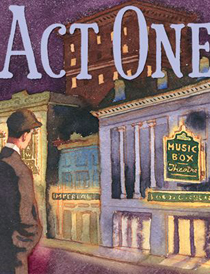 (Source: broadway.com)  is a delight and not least because of Shalhoub. 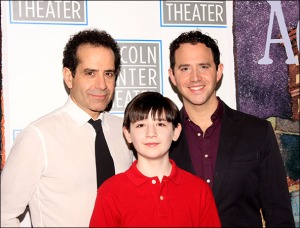 Hart’s hilarious memoir tells of his start in the theater and most particularly his collaboration with the famously odd George S. Kaufman.

The enormously successful partnership almost broke down at the start while the two worked on Once in a Lifetime. As all theater-goers know, this became a huge hit and the first of many hysterically funny plays penned by the duo including The Man Who Came to Dinner and You Can’t Take it With You. Along the way, we meet Dorothy Parker, Edna Ferber, Alexander Wolcott and all the other famous inhabitants of Kaufman’s theatrical world.

What makes this new version special is that Shalhoub not only plays Hart as an older man, as well as Hart’s Cockney father, he also plays George S. Kaufman and this had to be genius casting. Shalhoub, who has played roles from the fearful Monk

was born to create the character of Kaufman on stage. He is matched by excellent performances from his co-players, especially Santino Fontana–and it’s not easy to play against a heavy hitter like Shalhoub who is always on stage in one of his three personas. The rotating, three-story set was amazing and worthy of Broadway.

Lincoln Center is the home of the Vivian Beaumont Theater,

and a great place to take a walk or sit out. 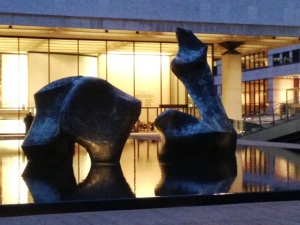 Its public spaces are roomy and inviting while you can see well from any seat in the theater itself. 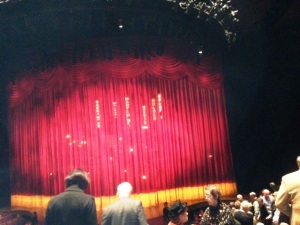 After having closed its membership for a long time, Lincoln Center Theater has reopened it and for $50/year, you are entitled to first crack at its many wonderful productions at a discounted price, beginning at $42. Remember, this is Broadway and the performance values are first rate–actors, sets, direction and music. Go to http://www.lct.org to capture a membership while they are still being offered.