If you look carefully at the movie offerings, you may spot the next French film that makes you laugh–something we are always on the lookout for. The 2012 film, Le Chef, which just arrived at the Paris Theater, is the latest. 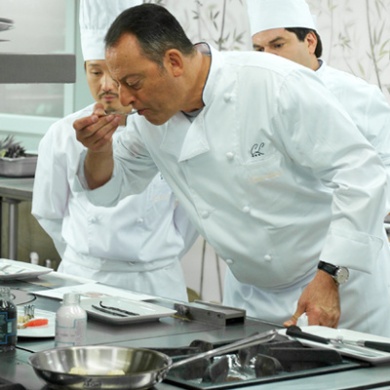 Jean Reno plays Alexandre, a three-star chef who battles his restaurant owner in the war against la cuisine moleculaire (minescule bits of chicken-tasting foam) created through the newest chemical and mechanical devices,

and who yearns to regain his love of cooking.

Along the way, he discovers Michael Youn, a house painter trying to support his pregnant girlfriend, who is also a gifted cook who knows and reverences all Alexandre’s recipes, but has ideas of his own.

The French have a long history of films about chefs; the first one I saw was the 1963 La Cuisine au Beurre, starring Fernandel and Bourvil,

which was basically about whether great cooking uses butter (Normandy-style) or olive oil (Provence-style). You may well ask if this plot can sustain a movie and I tell you it was screamingly funny, partly because of the two great stars, but also because we understand that food is something the French really really care about.

And of course, Jean Reno who made me laugh uncontrollably in Les Visiteurs

as a medieval knight who challenges 20th century civilization, and who made me cry in The Professional

as a hit man who protects a young girl, can do anything. So we always run to see any film he’s in. The director/writer of Le Chef , Daniel Cohen, who looks very serious here, 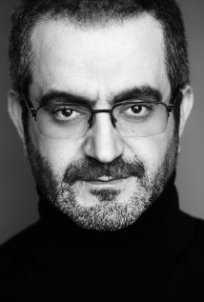 also directed the 2007 comedy, Les Deux Mondes, and a 1999 film entitled La Vie de Prince. Could we have a new Philippe de Broca or Claude Berri? This is an auspicious beginning.