Regardless of the director’s somewhat compromised personal life, I still try to separate what I know about the artist from his work. I perform this feat with the same dexterity I apply to my love of Wagner’s music although to be sure Wagner is dead and cannot reap the benefits of that appreciation. 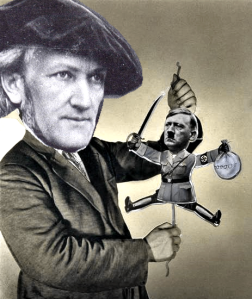 I also think that the critics have been unnecessarily harsh about this film, just as they were about Hitchcock’s late work, such as Family Plot, which I thought had all the hallmarks of Hitch’s best–scary and funny. 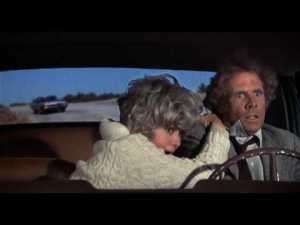 (Source: perisphere.org) Holding these artists to the standard of their best work, they are angry that not everything is of that calibre. Well, so be it. On some days, I’m not as perfect as I would like to be either.

Having written the preface as it were, I now can say that I liked this film–in fact, I thought it was very likeable and sometimes comic, just as Allen’s latest films taking place in Paris and Rome have been.

(Source: indieweek.com) Much of the credit goes to the great Colin Firth, who is, as the New Yorker review stated, again playing Mr. Darcy and I would add, Henry Higgins, and who, like Shaw’s immortal Higgins, can make us love him and laugh at him at the same time. 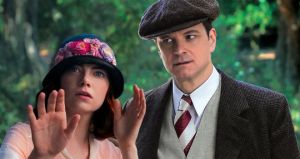 Firth is surrounded by old pros such as Marcia Gay Harden, Simon McBurney and the always terrific Eileen Atkins,

The film is accompanied throughout by beloved musical hits from the 20s –“Charleston,” “Sweet Georgia Brown,” “You do Something to Me”–and others by Porter, Weill, Rodgers and Jerome Kern (forgive me for leaving out the lyricists–all we had was the music) and we are with it all the way.

This is a more than passable effort by Allen and, if you leave your very highest standards for his work at home, you will enjoy it. The Lincoln Plaza Cinema offers nice art work, 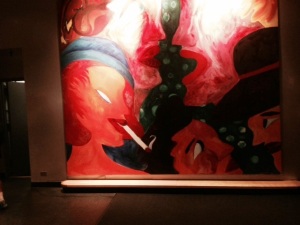 senior prices ($10 I think) and some high quality cake in the lobby, always a plus.