I recently had the pleasure of re-reading Major Barbara, one of my favorite Shaw plays, in anticipation of the upcoming production at the Pearl Theater by the Gingold Theatrical Group. Last year, Gingold’s founder/director David Staller gave us a sizzling production of Shaw’s You Never Can Tell

(offoffonline.com) at the Pearl and this year, he gave a few of us the opportunity to comment on his edited version of Barbara.

I did the usual good-schoolgirl thing, reading the indispensable preface, then reading the play and the edited version simultaneously to see which of my treasured speeches were missing. In my ear, I can still hear Rex Harrison squaring off against Robert Morley about the evils of poverty versus war 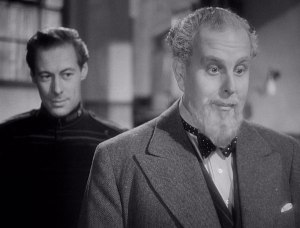 (anotherfilmblog.wordpress.com) It is true, however, that I don’t really know how much of the original play was cut for the film and this is the question that the editor, in this case, David Staller, faced when making his version–how much to cut.

We thought that his previous version of one of Shaw’s greatest but longest plays, Man and Superman, made it very watchable, as did the critics. 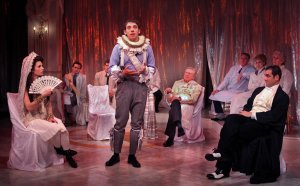 (online.wsj.com) And, while we have almost unlimited patience for long theater and music, honed by years of Wagner (Parsifal-six hours), and Nicholas Nickleby (nine hours),  many people don’t.

(wqxr.org) It’s David’s contention that Shaw didn’t expect his plays to be produced much or at all, and so put everything into them, as you would a novel and that “sitting at home and reading the play is quite different from sitting through it at a theatre.” But, maybe, to fully enjoy this play, you need to do both.

We have seen many versions of Major Barbara and have loved them all. I look forward to this one and expect to enjoy it. Keep an eye out for the Pearl-Gingold November/December co-production of this favorite of mine.