I don’t know anyone who isn’t crazy about the 1953 MGM movie, The Band Wagon, 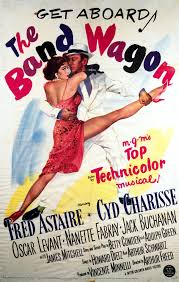 (broadwayworld.com) and most of us loved the idea of seeing it transformed to the New York stage. The City Center, renowned for bringing our favorite musicals back through the Encores series, has, in a sense, brought this one forward. The staged version of the film has been done before elsewhere, but there’s no question that there is an eager audience for it in the city. 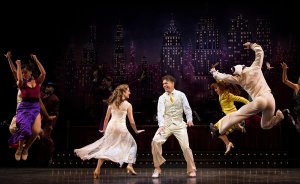 And it was done well–Brian Stokes Mitchell, Tony Sheldon and Laura Osnes sang wonderfully well and even danced a little. The corps fulfilled the songs and dances and the orchestra, albeit small, was its usual excellent quality. 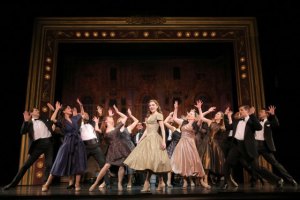 The most famous songs were all there–“Dancing in the Dark,” “Louisiana Hayride,” and of course, “Triplets,” 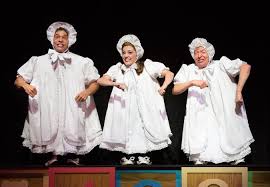 plus some extra Schwartz and Dietz songs were added–just fine by the way. Mitchell sang “By Myself,” very beautifully and Mitchell and Sheldon did a nice soft shoe of “I Guess I’ll Have to Change My Plan.” 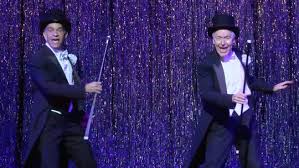 (nytimes.com) So why were some critics so lukewarm? Well, there were a couple of things missing–Fred Astaire for one, 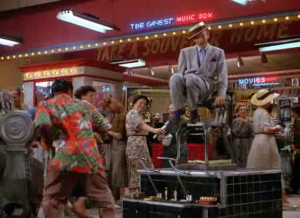 (filmfanatic.org) and although the “Shine on My Shoes” number finally appeared at the end of the show and Mitchell danced a little, it was too little too late. There just wasn’t enough dancing and we didn’t have a real dance lead. This version also lacked the Cyd Charisse/Fred Astaire “Girl Hunt” ballet but except for those long long legs, I didn’t miss it much. 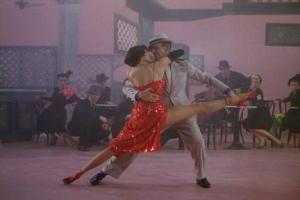 To my mind, there was an awful lot of Tracey Ullman and although she’s not a great singer, she was given a lot of the unfamiliar songs in the first act which may have been a mistake.

(theatermania.com) Nevertheless, this was a wonderful evening and the audience loved it. Now closed, alas, there is some talk of bringing it to Broadway. I’d go again for sure.