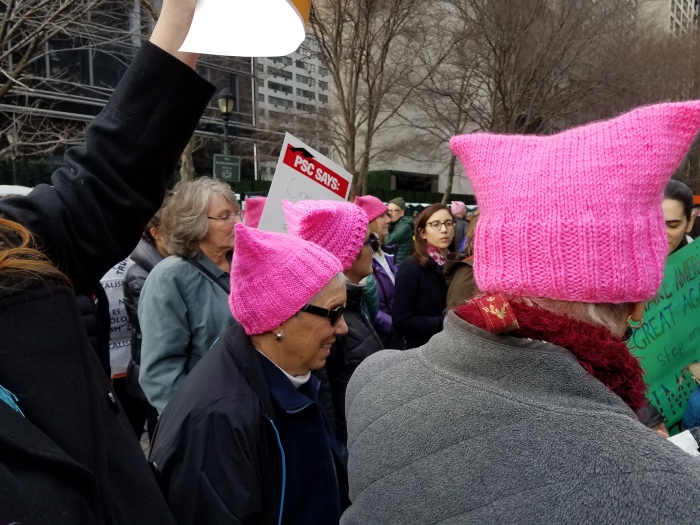 Suffering from a certain post-election nausea, fear, and anxiety disorder that may be familiar to some or even many of you, we decided to go downtown to Dag Hammerskjold Plaza and join the Women’s March, which clearly was an anti-Trump protest. I haven’t protested for a while and this felt good.

Many women had prepared by knitting those cute little pink hats with pussy-cat ears referring to one of Mr. Trump’s many sexual harrassment slurs and turning it on its ahem ears.

Age had no dominion here and we were among many older follks but surrounded by young people, families with strollers, and dogs. 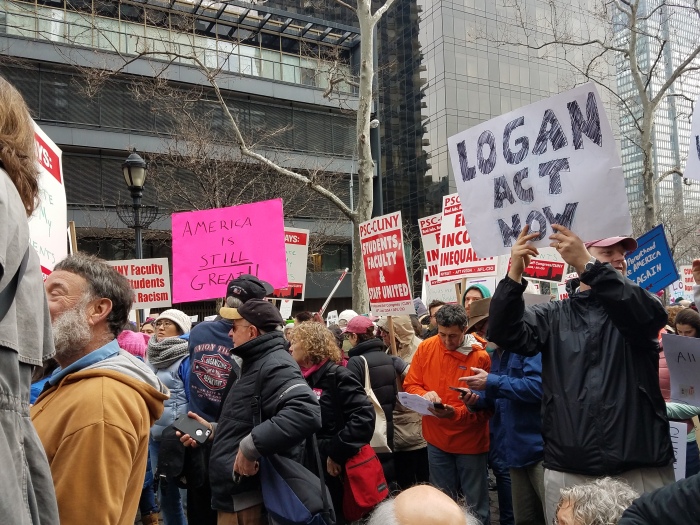 The crowd was so great, we couldn’t find a place to put our feet but everyone was very polite and helpful. We didn’t listen too much to the speeches–we were there to stand up and be seen and possibly counted in one of Sean Spicer’s phony statistics. We knew how many there were and we were legion.

We thought we’d get ahead of the crowd before the march to Trump Tower and walked west to Second Avenue, which was packed, then Third, also packed, then Lexington, packed, and realized we weren’t going to make the march still hours away. There were just too many people. 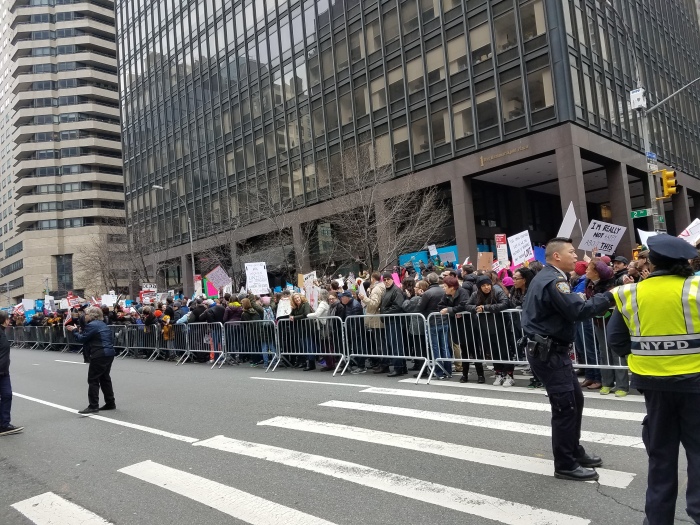 We ducked into the East Side train at 51st and went north to 86th Street only to be greeted by huge new crowds going downtown to join the protest. It was an amazing, wonderful and heart-stopping experience. We came home and took a nap. It was all worth it.