How many times in a day or week have you looked online at the New York Times, the Wall Street Journal and the Washington Post? If you’re like me, many many times. But just lately, I’ve realized how critical they are to our way of life. That is why we subscribe to the NYT, the WSJ and recently, the WP.

These are the folks who reveal the true stories of what’s happening in our country and, despite the complaints of he-who-shall-not-be-named, they do not deliver fake news or lies. In fact, they are one of freedom’s last remaining bulwarks before the onslaught of Mordor. Why do they do it? Several reasons I think—first, they love getting a good story, second, they want to resist attempts to shut them down and finally because they believe the American people are entitled to the facts. (WSJ)

That is why I am urging all of you out there to support these brave souls and the newspapers they work for. Buy a subscription, either paper or digital, to one of the fine news outlets above-or any other of your choice–it doesn’t have to be liberal, (as you know the WSJ is not) but it does have to have legitimate reporters bringing the news to be published. 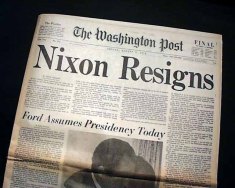 These organizations are an endangered species and while I don’t agree with HWSNBN that they are “failing,” they can’t continue to exist without our help.

Here are two major opinion pieces from the Washington Post today that I don’t think anyone should miss: E. J. Dionne’s:

Admit it: Trump is unfit to serve

Reality will get its revenge on Donald Trump.
Don’t get me wrong, I love cable news, but they get most of their stories from the newspapers, too. Go to the source but put your money where your mouth is!