When we went to see “The Skin of Our Teeth” at the Theatre for a New Audience in Brooklyn (tfana),

(tfana) written in 1942 shortly after Pearl Harbor, we were wondering how it would stand up. We soon found out. “Skin” tells the story of Mr and Mrs Antrobus who have been married 5,000 years and their travails through the millenia.The play begins with an ice age, which causes terrible famine and suffering, even to the two household pets, a dinosaur and a mammoth. 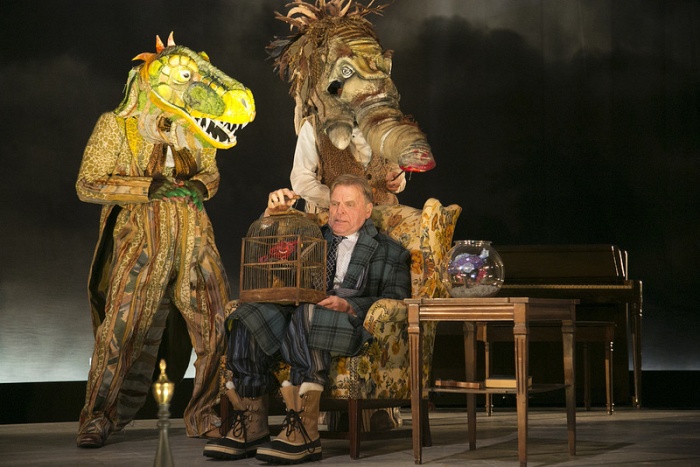 (tfana.org) In the next act, we learn that the ice has retreated but a deluge looks imminent. Furthermore, Mr. Antrobus throws over his wife and goes for the maid. 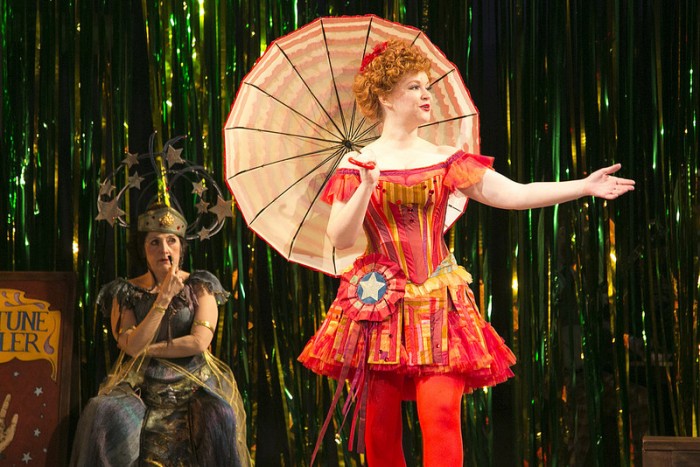 Although they do get the whole family and two of each animal into the boat, things don’t look good. Periodically, the actors break the fourth wall to tell us how much they hate the play. In the last act, after the waters have receded, the Antrobus family faces the horrors of war and the realization that their wayward son is really an enemy. 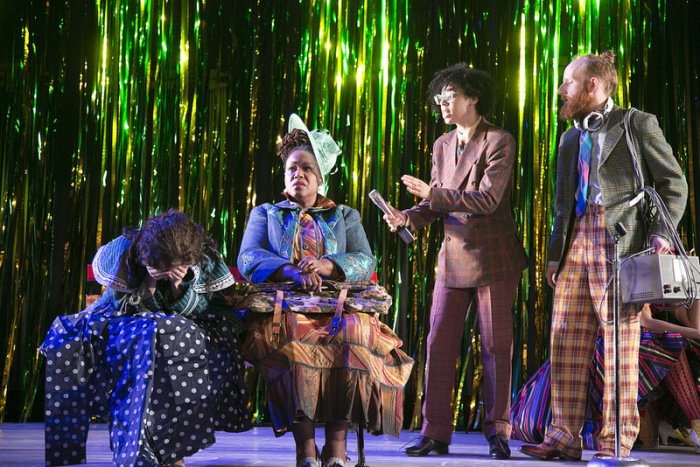 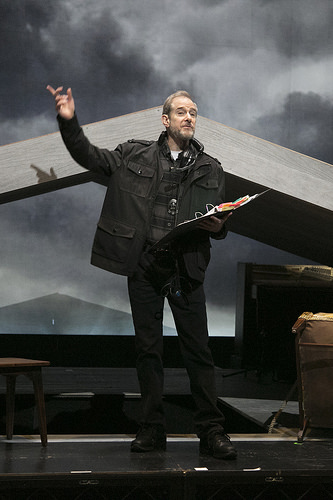 In the last act, one of the philosophers he summons (turns out to be Plato) tells us “Then tell me, O Critias, how will a man choose the ruler that shall rule over him? Will he not choose a man who has first established order in himself, knowing that any decision that has its spring from anger or pride or vanity can be multiplied a thousand fold in its effects upon the citizens?” Although Wilder may have been thinking of a certain demagogue in his own time, how applicable it is to our very own disordered leader. 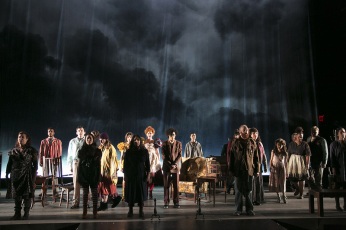 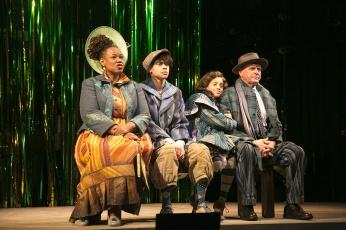 In the very last scene, Mr. Antrobus says that he “has never forgotten for long at a time that living is struggle. I know that every good and excellent thing in the world stands moment by moment on the razor edge of danger and must be fought for–whether it’s a field, or a home or a country.” We may also just get through our difficulties by the skin of our teeth, but Wilder reassures us that we will. 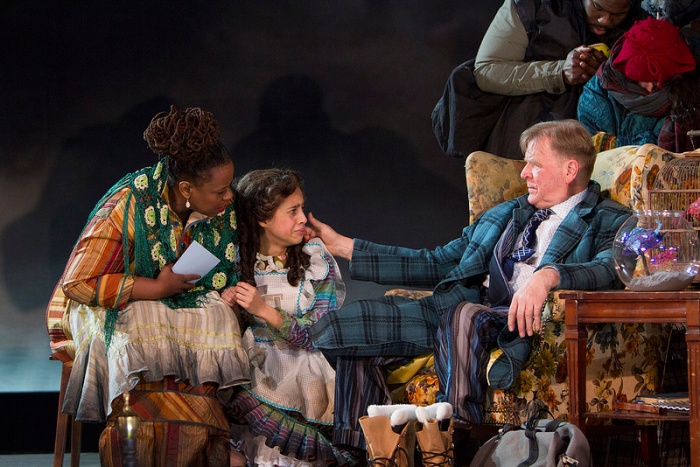 The production is creative, funny and touching with several beautiful songs interspersed. The cast is terrific–35 of them–they all sing, some dance very well and a number play instruments. “The Skin of our Teeth” has been given a loving revival and you shouldn’t miss it. If you haven’t yet witnessed downtown Brooklyn’s artistic renaissance, take just about any train line to Nevins Avenue and enjoy it.  tfana has special prices for young people but seniors will have to scour the web for deals. Do it, it’s worth it. Also read the New York Times article, “Why Thornton Wilder Matters in the Trump Era.” 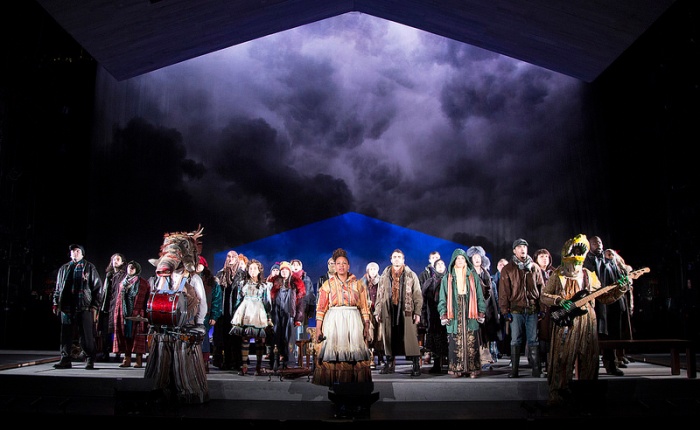 One thought on “Thornton Wilder, Donald Trump and the End of the World”