You still have tonight, tomorrow and Sunday to see Cole Porter’s 1930 show, “The New Yorkers,” at City Center,

part of the Encores presentations. You should not miss this show; beg, borrow or steal to get there.

First, the songs. Some were already in there–some were added from other Porter shows, but you won’t complain. Included are “Love for Sale,” “Night and Day,” You’ve Got That Thing,” “Take Me Back to Manhattan,” and “I Happen to Like New York.” Some other songs we didn’t know were great–but even the inimitable Porter was not perfect–there are a few songs that the world has forgotten and that’s ok–it’s good to hear them once.

The Jimmy Durante character sang Jimmy’s own rediscovered songs and did a nice version of the comic actor. We even had a pair of terrific dancers reminiscent of the legendary Nicholas Brothers.

You won’t see a huge cast like this on Broadway today because it simply is not financially feasible, but this production featured atwo dozen men and women led by Scarlett Strallen and Tam Mutu, 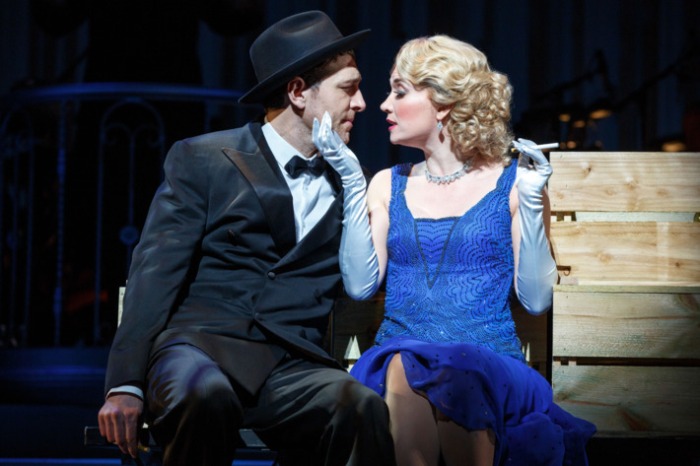 singing and dancing up a storm in almost every number. Make no mistake, these were the kind of top Broadway professionals Encores specializes in. 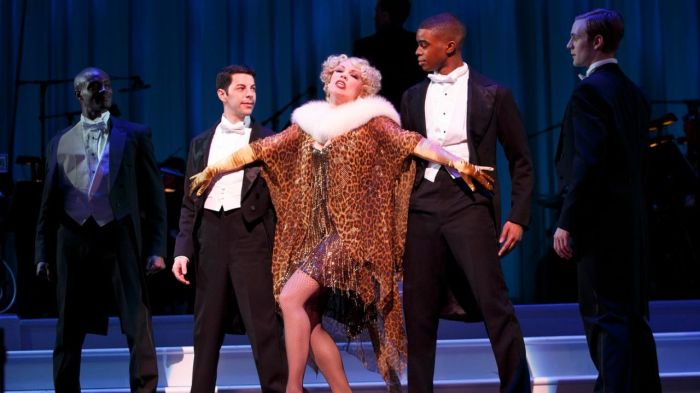 Unlike many of the Encores shows, they didn’t have the original orchestrations and vocal arrangements but music director Rob Berman and orchestrators Larry Moore and Joshua Clayton produced expert versions that sounded authentic to the time. We especially loved a trio of close harmony singing ladies that appeared from time to time doing wonderful arrangements of  “Love for Sale” and other songs.

This is a bawdy show, “pre-code” as they say about movies, and the audience loved the raunchy lines and jokes some of which perhaps were in Herbert Fields’ original book. But we do have the music.

When you have the entire cast performing “Take Me Back to Manhattan” followed by “I Happen to Like New York,” 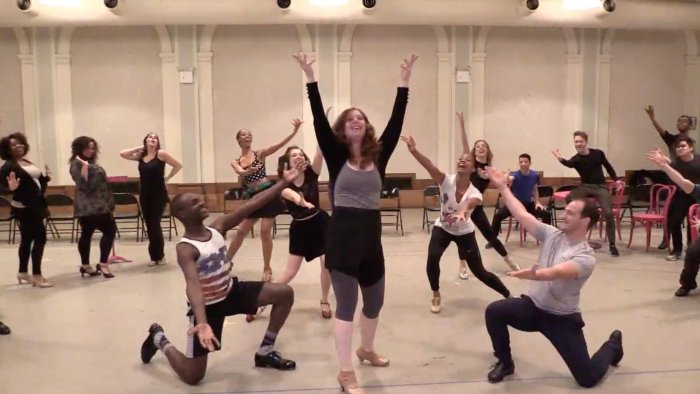 you have a hit, or at least what should be a hit if producers were in their right minds. Thank heavens for the Encores orchestra that played us out old-style, most of us refusing to leave until the last note. 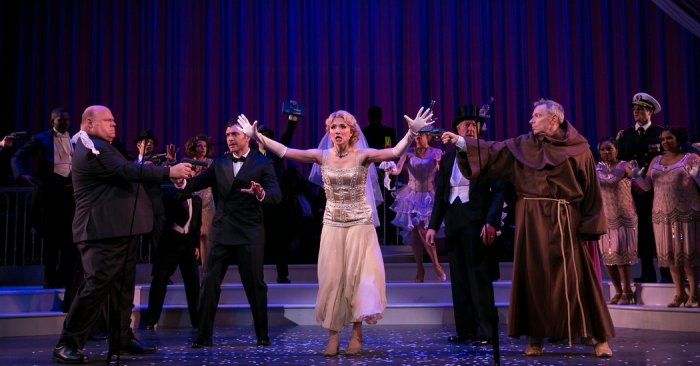 I have no idea what seats are available or at what price, but there are some things you just have to do. This is one of them.

One thought on “Best Show in Town – DON’T MISS IT!”