After our usual reading of the Declaration of Independence, printed every year in the New York Times, we looked around for something Fourthy to do. It seemed as if this year especially, we wanted to celebrate differently, as if it was more important than usual.

So we went downtown intending to go to Federal Hall. As we got off the train, we noticed a sign saying “to the 9/11 Memorial,” and 16 years after this national calamity, we decided we could handle going to see it.

First we saw the beautiful pools and waterfalls, with the names of every victim inscribed in marble around them, North and South pools symbolizing the fallen North and South Towers.

In each name was a small American flag that no one took; all were left in peace. We found the name of Rory’s friend, lost that day, took a photo and remembered him.

This, after all, was the only gravesite we could visit to honor him and I have to say, it was noble and inspiring. Numerous groups of people, clearly from every nation including our own, moved somberly around the pools, sometimes pausing to pick out someone’s name.

We then entered the spectacularly designed Museum, 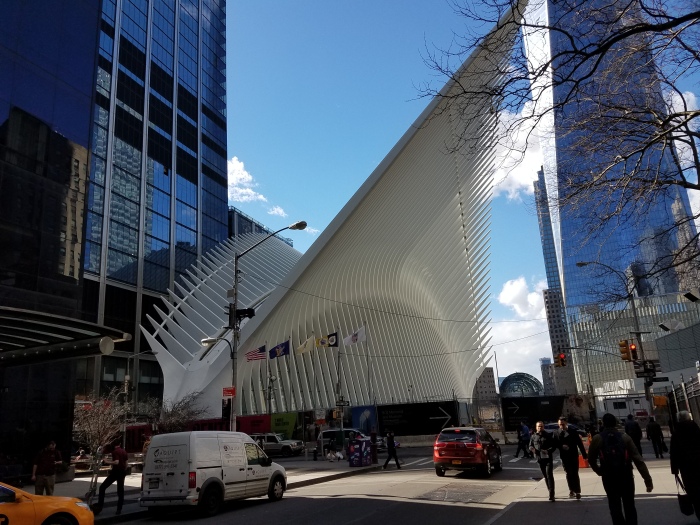 which is not free unfortunately, but I understand the economics of it. Very intensive searches and security dogs

reminded us how much our lives have changed since that terrible day.

We walked quickly through it as it was painful to view. There are two films, one of The Day which we saw. Never have I appreciated George W. Bush as much as I did when I saw how genuinely and movingly he spoke about the tragedy.

For lunch we stopped at one of the few places open, the Beekman Hotel’s Fowler and Wells,

one of the restaurants in Tom Colichio’s group and it was really great. The vegetables in my chicken salad were just born 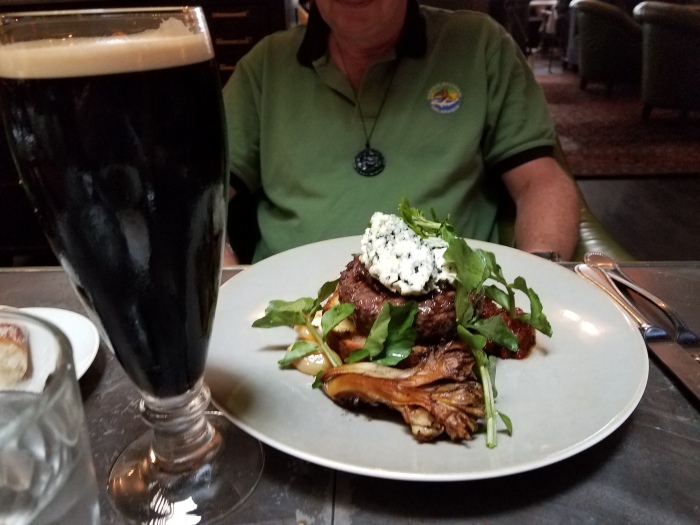 were the best I have ever tasted.  This is a beautiful old place to stop and have a drink (lunch was Very Expensive–but when you need sustenance in a hurry–you eat) and perhaps some bar food. And besides, this was our 4th of July barbecue.

From there we moved on to Federal Hall 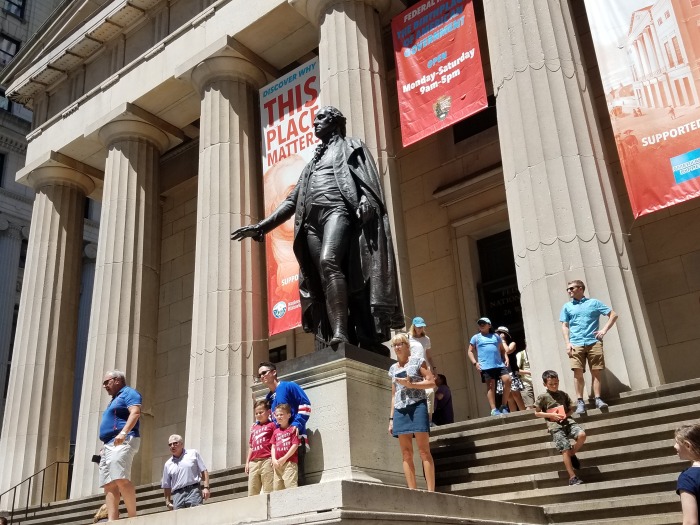 viewed the stone on which George Washington stood when he took the oath of office,

and other Revolutionary figures 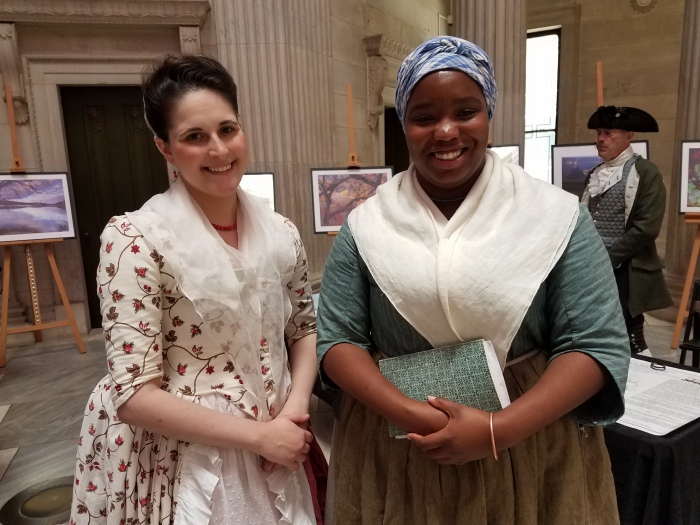 talking about life at that time while meandering around the rotunda. Outside, we heard the fife and drum band in full regimentals give us “Chester,” “Yankee Doodle,” and “The British Grenadiers”-a splendid addition to the day.

It was really nice to see how many people–both Americans and others—visit our historical sites and celebrate the 4th with us. If you haven’t read the Declaration lately, you might want to pay special attention to the list of crimes committed by the King; some resonate even today.

2 thoughts on “July 4th on Wall Street–the 9/11 Memorial and Museum, Fowler and Wells and Federal Hall”