(lct) You will enjoy the current version of this wonderful show by Alan Jay Lerner and Frederick Loewe at Lincoln Center’s Vivian Beaumont Theater. True, the orchestra is largely under the stage a la Bayreuth and that’s too bad because the Robert Russell Bennet/Phil Lang orchestrations are so good.

(timessquarechronicles) We saw the first preview and if you want to pick, we could pick, but it’s quite likely the little things will be smoothed out. Not crazy about the Eliza, Lauren Ambrose, whose diction left something to be desired, but we were crazy about Harry Hadden-Paton, who played and really sang the role of Henry Higgins. In fact, we heard notes in the songs we have never heard before as they were usually spoken. But he took them all and his fine acting made him the star of the show. You may remember him from Downton Abbey–he played the unexpected marquis who loves Lady Edith. 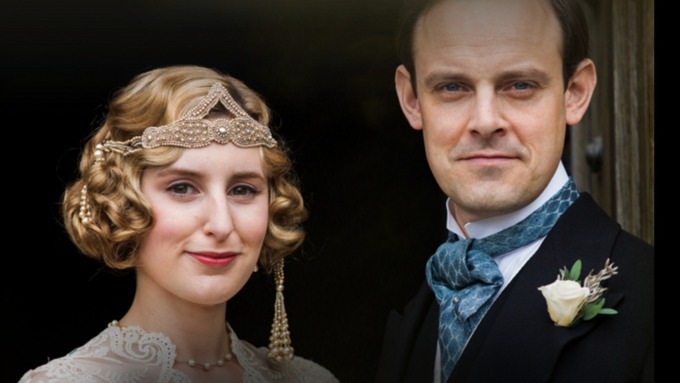 (itv.com) It’s worth going just to see him do the part. Oh yes, and Diana Rigg plays a small but with her always standout role.

A word about the ending. Without spoiling it for you, I’d like to say that director Bartlett Sher made a decision that might be controversial. Shaw himself did not at first want a happy ending but his audience proved too much for him. For my part, once you add the beautiful song, “I’ve Grown Accustomed to her Face,” there’s no place else to go and you’ve taken away the choice. See what you think, however. (I’m trying not to give it away).

Good singing and dancing from the rest of the cast and the sets were gorgeous. Though not up to Cecil Beaton’s film work,

the costumes were fine. The theater looked pretty full for a preview so I’d say, get your tickets soon. I saw the original in 1956

(playbill) as a youngster and of course, nothing can compare, but it’s great to see it on stage again.