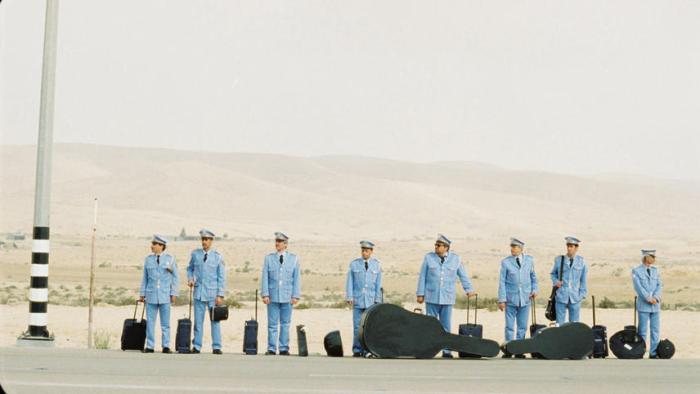 (mubi) As seems to be our fate, we completely missed the dates of Lincoln Center’s Rendezvous with French Cinema and everything was sold out, including the French films downtown. So we decided to go to the theater. We had been promising ourselves to see this anyway. 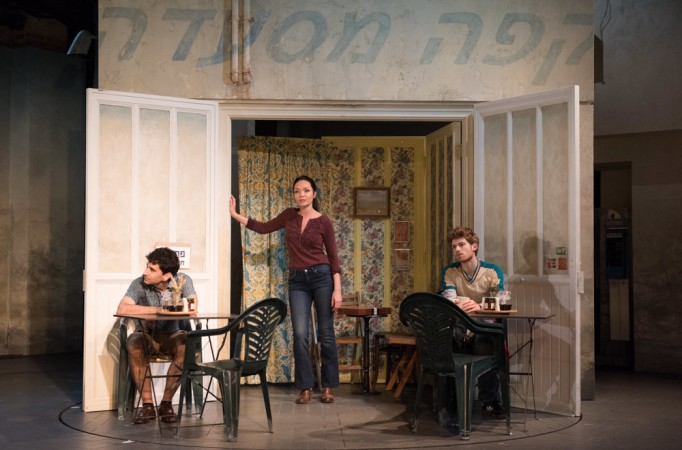 (playbill.com) The score by David Yazbek consists of Arabic-Israeli style popular jazzy music, very exciting rhythmically and often interestingly different melodically, interspersed sometimes with kind of warmed-over Michel LeGrand “Umbrellas of Cherbourg” style stuff. There were two truly memorable songs–one a lullaby and one a love song– in the score and by me, that’s a musical. 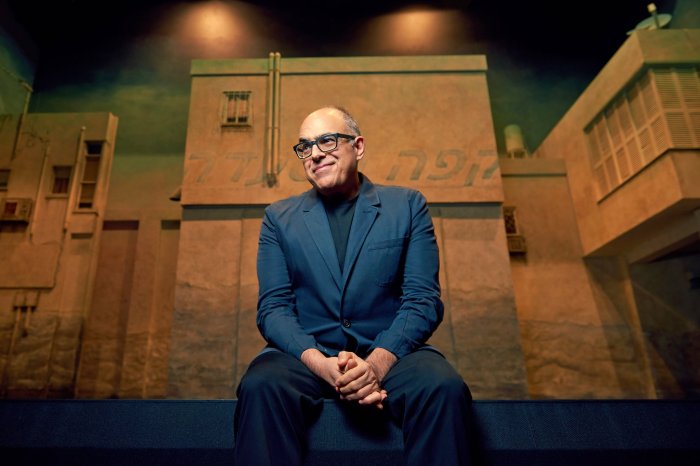 (Tulio; nytimes) The stuff in between the music, otherwise known as dialogue, I found somewhat tedious with everyone speaking English with either Arabic or Israeli accents and having trouble doing it. Here, I must say, the audience and I parted company as they seemed to enjoy it. It may have been a question of timing and hopefully they will pick up the pace.

We did not see Tony Shalhoub as he has left the show to make a movie; he will be back in May. But the cast was perfectly fine, especially the five live musicians who made music that rocked the theater. Every time they riffed on the violin or drums, we bounced in our seats. 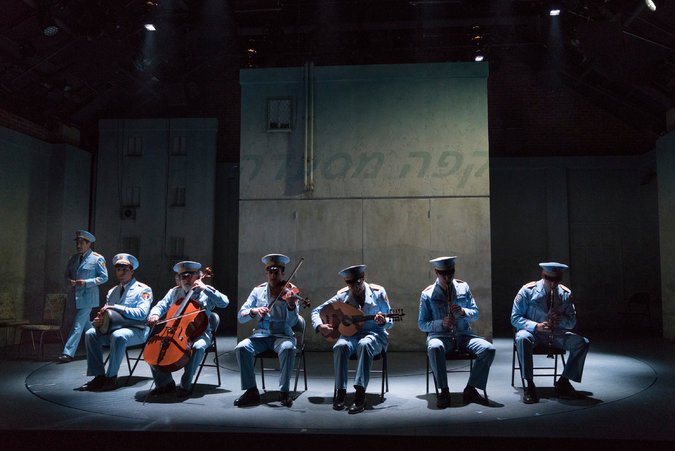 (nytimes) The plot, which is pretty thin, worked ok in the film but did not prove sturdy enough, I thought, for the stage. It revolves around the adventures of an Egyptian band’s mistaken landing in a boring town in the  empty Israeli desert. 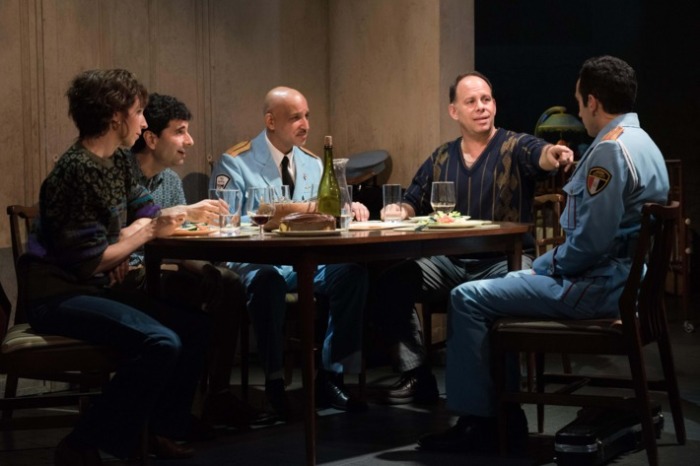 (vulture) The theme of music as the international language touched us of course. Bottom line–would I recommend it for the music?  Answer–yes. My only complaint was–not enough music, especially in the first half.

We bought the last row of the top balcony for $59/pp and we could see and hear everything at the Ethel Barrymore. We paid hefty fees, however, so it’s better to buy at the box office. Keep in mind that there is no intermission which is a good thing as you don’t want to climb those heights again. 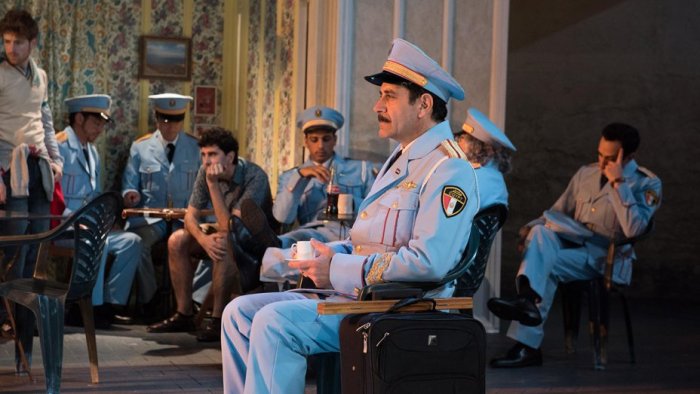