(sanantoniocurrent) If you like Wes Anderson films, such as “Moonrise Kingdom,” “The Fantastic Mr. Fox,” and “The Grand Budapest Hotel,” you will love this. It has much the same fantasy, satire, artistic vision and kindness of the other films. But, even though this movie is about adorable dogs, it is not a children’s film. Do not bring young children or even aging elders with a sensitive streak unless you know what you’re about.

(geektyrant) goes to find his dog, Spots, on Trash Island. He and the friendly dogs fight against the tyranny of fascistic leaders with cold unfeeling hearts.Their adventures can be harrowing but always fascinating.

The themes are very mature and deal in a clever way with conformity, the rights of the individual, the careless destruction of our world, and, naturally, the overpowering love we all have for dogs. In fact, if you don’t love dogs, maybe you shouldn’t go, but what kind of a person doesn’t love dogs? The “New Yorker” calls it a “stylish revolt against (Americn) political madness.” Perhaps.

I found the use of the stop motion technique for the animated puppets quite fascinating as the camera often paused on the face of a lovable hound with bright blue eyes.

(cnet) The use of Japanese in the film puzzled me a bit until i understood the somewhat arcane references to Kabuki theater and the films of Akira Kurasawa.

(rollingstone) You don’t need to know this to enjoy it, however.

The visuals are stunning and the music, by the every changing Alexandre Desplat, kind of haunting. You will recognize the beautiful speaking voices of Bryan Cranston, Ed Norton, Liev Schreiber, Bill Murray and Scarlet Johannson, 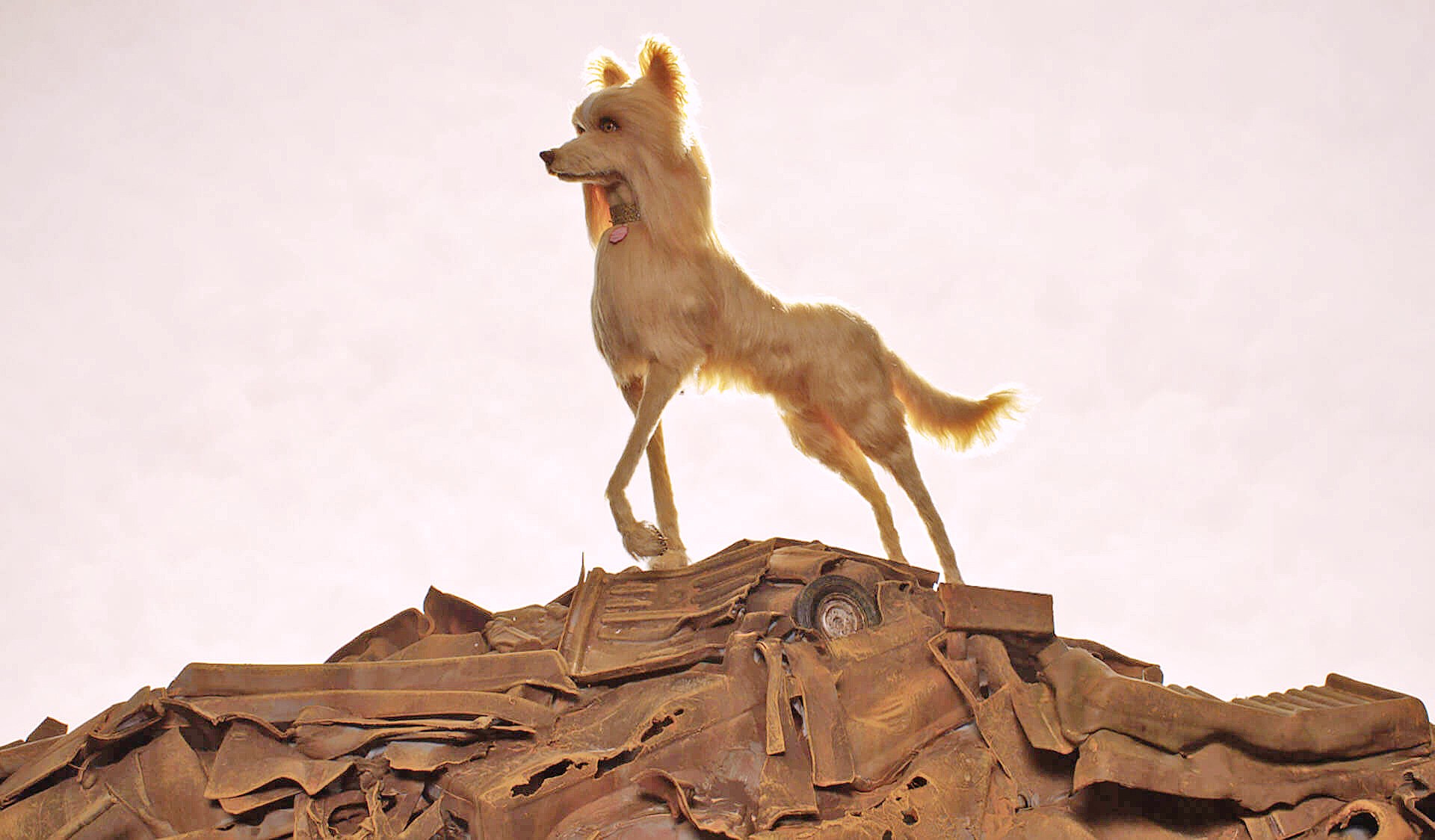 (newtimesslo.com)to name just a few, and they add immeasurably to our pleasure.

I was assured in advance by a thoughtful review that no dogs die in this film, as I know animal movies can spring this on you without warning. There are, however, some  upsetting images of despoiled places and injured animals that can be quite disturbing. Of course, all turns out well, and if it bothers you to know this in advance, you probably need something with more “mature” content.  But i have always been a fan of the happy ending and it’s too late to change now. (vulture)