(the wrap) and at the urging of Rachel Maddow to support your hometown paper, I decided I wanted to and I’ve been very pleasantly surprised.

(the bowery boys )and terrific stories about New Yorkers  such as

Their editorials are just fine with me (I never had the feeling I wanted to subscribe to the New York Post, but of course, it is New York City’s other tabloid), and then, there are the covers:

and who could forget this: 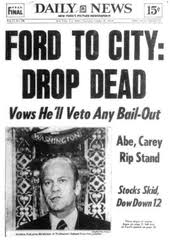 And I like their columnists. also very New York centered, with stories like: “Red Sox writer refuses to vote Mariano Rivera into Hall of Fame” by Mark Fischer

The New York Daily News has provided coverage of the city since 1919, complete with photographs. If you would like to try out a subscription, you can get three months for free, then $8/month for the digital version after that.

I think you’ll like it and you get to keep a New York icon going and a free press alive.