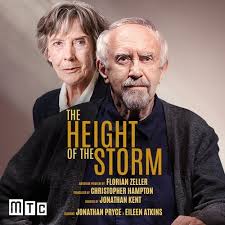 (newyorktheatreguide) When you say Eileen Atkins and Jonathan Pryce, you’ve said it all. This play by Florian Zeller was a big hit in London and no doubt it will  be a hit here, too. You have a chance to see these two giants perform–you shouldn’t let it go by. 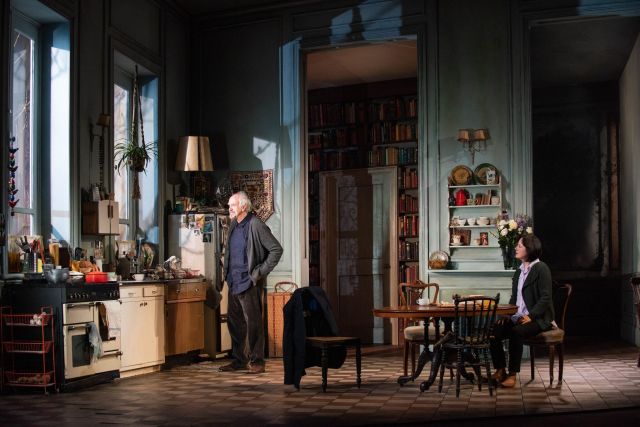 (theartsdesk) The play is a little bit each of mystery, fantasy, and ugly reality, reminiscent of Pinter, but easier for me to understand anyway. The plot revolves around a couple who have spent 50 happy years together, when death takes one of them, but–we’re not sure if that’s really true and if so, which one it is. 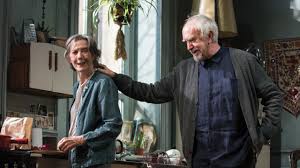 The love they feel for one another summons the lost partner so that we have a complete picture of their life together, including a few uncomfortable revelations.  Some dementia in one partner seems to be a kind of  blessing as all the wonderful memories are still there and accessible.

(manhattantheatreclub)When a luminous Atkins peels mushrooms for us, we watch every gesture; when the scene reappears later, much as a memory might, we watch it again, fascinated by her careful movements.

(theartsdesk) When a larger-than-life Pryce gets into a rage, we are genuinely frightened.

To their credit, the three other actors in the production, the couple’s two daughters and one’s boyfriend, perform well. They’d have to in this company, but of course, when Atkins and Pryce are on the stage, they light it up. 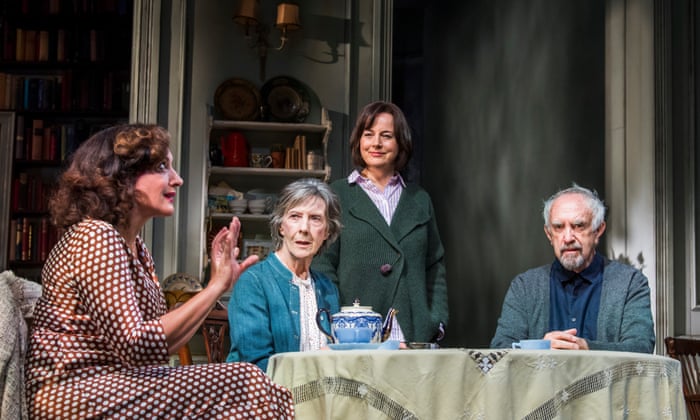 I won’t spoil the ending for you. I can only say that close to the end, the tears started rolling down my face and didn’t stop until I was at the bus stop on Eighth Avenue. Rory doesn’t shed tears, but he felt the same. This is not a sad play, however, it is simply wonderful.

We saw the fourth preview last night and the show will run for 10 weeks in a limited engagement. Trust me, this is an historic performance. Don’t miss it.

As usual, we opted for the cheaper seats (about $100/ea–NB this is not-for-profit theater and donations pay half the costs) however there is an elevator and the sight and sound are fine. But knowing what I know now, I would have splurged to see these actors up close. See if you can. It is produced by the Manhattan Theatre Club and is presented in the Samuel J. Friedman Theatre on West 47th Street.